THE MOMENT IT ALL COLLAPSED IN ON ME

I putting extra time on the weekend to finish a project, I remember walking down the sunny San Diego sidewalk to the office on Monday, when I received a text…

We were all let go…The whole team.

“Don’t get on your 10am call. We’re all done.”
I remember turning around, and walking home….and feeling so blank inside. So Empty…

And not because we were all let go.

But because I never felt any of the success we DID have…it was just one performance after the other.

Years earlier: I tried to perform with confidence and charisma so others would think the best of me…

In school, I studied to get a good grade, never to learn the subject.

When I exercised, I did it to run faster and perform better.

All I knew about myself, was how well I performed and how I appeared other people.

All my learning from the outside-in was focused on my ability to master information and specific skills.

When I became old enough to develop my “personality”, I chose one that I thought people would like or be attracted to.

I worked very hard at training myself to look and act like a high performer. “An over-achiever.”

I had the grades, I had the athleticism, and I had a girlfriend who I loved.

Yet it was so painfully obvious to me that I had been living my Life entirely in RESPONSE to what others wanted from or for me.

I was completely detached from my own interests, passions, and dreams. There was a hollowness to my feelings.

My happiness was related to success and achievement more than to my own inner feelings of satisfaction and self-worth.

My actions were motivated by the reactions I anticipated.
Flash forward to my tech job ending…

I realized that while I may appear to be confident and charismatic on the outside,

On the inside, there was an unbearably deep pit of nothing. Of emptiness.

It was because of the schism that existed inside of me, between what I was doing and how I was doing it…

I was a stranger to myself.

My immediate response was emptiness…then panic.
My fear was half because I couldn’t pretend anymore, and half due to the realization that

I didn’t know HOW to live my life any other way.

I vowed on that walk home to never feel that way again…I wanted to FEEL my successes. To know more could and would come.

So I went home. And spent hours, moving my body, researching the brain, and emotions. Trying to figure out what was missing…and I why I felt burnt out and dead inside….

It was super painful, I felt really naked and embarrassingly confused about what I was supposed to be doing with my life and my work.

What that moment of hearing I was let go allowed me, was the ability to see all the clues about how I had gotten there… I remembered all the times I got sick, and my body burning out multiple times.

It became clear to me that I would need to re-create myself image by exploring myself and my world through my OWN lens. My own perceptions, and senses and discernments.

I was really out of balance, needing education from the INside out, to balance everything I had learned from the OUTside in.

So I dove into research of the best ways to do that. (Ironic, I know) …and came to Movement, meditation and neuroscience. I practiced and studied for 1000’s of hours, taking in the latest in neuroscience while judging and backing it with my OWN experiences. I started teaching others to and they got similar results.

We began to see our potentials. We found supportive boundaries and agreements. We stopped over-giving. We felt connected to what we wanted.

I also discovered that with the appropriate sensitivity and tools, I could recreate myself, for more productivity AND fulfillment.

I’ve since helped 100’s of individuals do this too…The Supreme Performance Academy begins at the end of the month. I teaching just this stuff for 8 weeks.

If you’re ready to be next, shoot me a PM. Let’s do this.

Your email address will not be published. Required fields are marked * 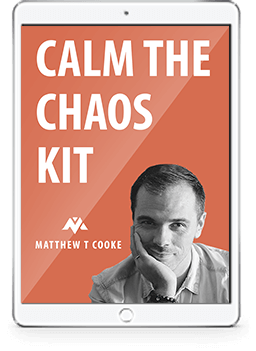 Receive my complimentary ‘Calm The Chaos’ Kit designed specifically for anxious and overwhelmed high-achiever who are looking for more balance in their lives … without sacrificing their success.

Bring balance to your life...

Listen To This Meditation